skip to main | skip to sidebar

One of the key elements on my table is a set of twenty-four embroidered damask napkins. Each guest will have their own nakpin, which will in some way reflect their lives and narratives.

The guest list spans four centuries from the grandest to the most humble circles. One of the places will be set for Mary Beach. She was Alexander Pope's nurse, and he commissioned a memorial stone for her in St Mary's Twickenham. The church was designed by John James, who was also the first architect of Orleans House. James built the main part of the house, with the octagonal banqueting room (the only remaining part), added later by James Gibbs. I like the way that Alex Pope's name features as large on the stone as Mary Beach's. 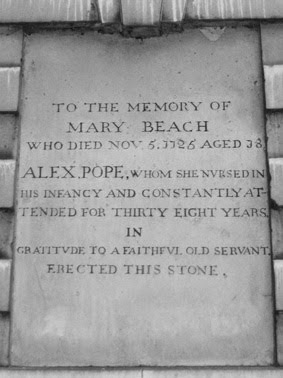 Another guest on my list is Mistress Elizabeth Mayo. She was the mistress of the hotel on Eel Pie Island in the 19th century and was renound for her pies. Local legend tells that she made eel pies for Henry VIII, but as he died several centuries earlier, we can take that claim with a large pinch of salt.

Eel Pie Island still has a whimsical if slightly faded charm about it. 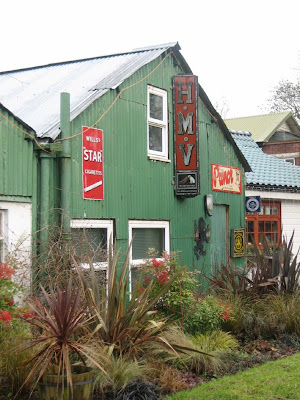 Just before Christmas, I was lucky enough to have a chance to look at the extensive collection of woven linen damasks at the V&A. There are some wonderful examples of narrative designs from the 17th and 18th centuries. Hunting and battle scenes, views of London, and even a wonderful trompe l'oeil tablecloth with an extraordinary surreal woven banquet complete with wine goblets, plates, cutlery and even some very fine lobsters.